Images of the 3D-printed case and assembly. 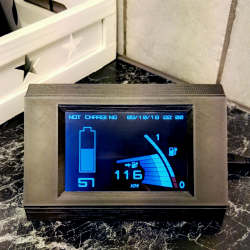 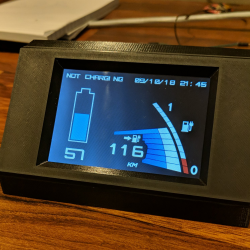 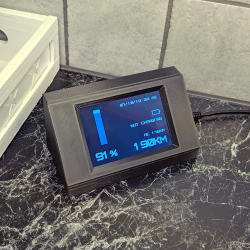 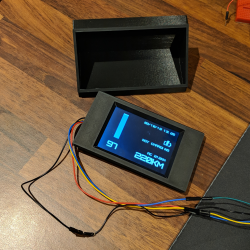 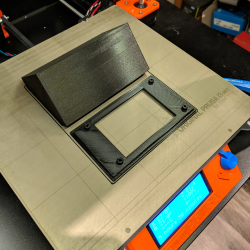 The LeafClient is a cross platform console application which can authenticate with and query data from Nissan Connect EV.

I use a cron job on a Linux server to periodically run the LeafClient console application. I use the -o flag which writes the JSON data to a file. This file is served by my web server and consumed by the ESP8266.

The ESP8266 folder contains an Arduino skecth to retrieve JSON data from a web server and send it to a Nextion display over serial.

The Nextion folder contains the HMI project for the display that shows the data. The Nextion display I used is the NX4832T035_011 which is the 3.5” version.

This is the Nextion HMI design. I used the actual Nissan Leaf dashboard as inspiration.